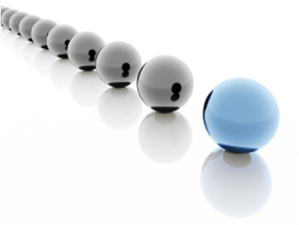 And proud of it. If you’ve read any of Dan Pallotta‘s work you know he’ll take a public opportunity to ruffle some feathers and make people think. I’m glad he did.  He authored Uncharitable, writes a Harvard Business Review Blog and I had the pleasure of hearing him speak at yesterday’s Art Council of Indianapolis’ Start with Art luncheon.  The event kicks off the arts season and is a room full of artists, donors and organization staff. He seized the opportunity and for my first ‘real’ post, I’ll take a stab at a summation and reaction.

Here’s my summary of Dan’s presentation with my thoughts at the end.

Dan shared some startling numbers.  In essence, there has been very little change in the number of people dying of AIDS, Breast Cancer detections or malnourished children over the last 30, 40, or 50 years despite all the effort of countless organizations.  Most of us (nonprofit professionals) entered the sector because we wanted to make a positive impact on these issues.  We wanted to see a disease go away, make real progress on homelessness, gain leaps and bounds in any one of hundreds of issues.  The progress we’re trying to make is simply not happening fast enough and there are a few reasons why.

In business it’s not only accepted, but encouraged that you pay big money for big impact.  Dan shared that a Stanford business graduate, 10 years out from his/her MBA will make approximately $400,000 annually.  The CEO of a medical charity will make $232,000 and the CEO of a hunger charity will make $84,000.  Why in the world would that talented Stanford graduate choose to run the hunger organization? In fact, it’d be cheaper and more beneficial to donate $100,000 a year to the organization, likely get a building named after him/her, constantly be recognized at swanky dinners and in fact, “sit on the board and supervise the poor S.O.B. that took the CEO role”.

Charity salaries are low because we’re told they’re supposed to be.  He showed the salaries of a few leading health charity executives in the $400-700k range.  We think this is way too high because the nightly news anchor keeps saying “next at 6, you thought your donations were going to find a cure for juvenile diabetes, we found out what the honchos of the foundation are making and where your money is really going, and you’ll be shocked!” (que intimidating local news music). If you take those salaries and compare them to the health insurance field salaries of $20-$40 million a year, they aren’t even a blip on the radar.

Marketing is considered overhead and nonprofits are scared to do it because it drives up that number. They are told “you can do marketing and advertising…as long as it’s donated”. Can you imagine if someone said, hey Apple, you can advertise but it has to be on the radio at 3am or in the corner of the last page of the sports section?  And it’s got to sell thousands of iPhones. It’s simply unrealistic and unproductive.

It’s considered a norm for new businesses (or established ones entering a new market) to have exorbitant marketing costs in the first phases of launch – you have to tell people what your doing to get them to notice.  But nonprofits with a commitment to marketing are considered inefficient and wasteful?

Amazon.com took 6 years to return revenue.  No charity would be allowed to wait 6 years before showing any impact, and a small one at that.  Even if the pay-off in impact would be huge. Donors want immediate return on their dollar or they’re out.

Profit as incentive for raising capital

Puritans came to America to make money. The problem is, these same people were Calvinists and essentially hated themselves for doing so. Instead, they created this 2nd-class sector, an entirely separate system, to give some of their excess to and help them feel better about the money they were making.  The rules of this sector have developed differently, leading to people asking “what percentage of my donations goes towards the cause?”  There are 3 main problems with this.

Most, however, would argue that the receptionist at the front door is doing a lot to keep the place running smoothly and facilitating the success of the organization.  Should she wake up every morning worry about the burden her salary puts on the organization and its children, polar bears or trees?

b) It forces charities to forgo the things they really need.

When given the choice between an educated,  proven, successful & visionary leader and a weaker, less-able potential CEO or executive – they often choose the latter based solely on the impact on their overhead line. So, they hire the lesser candidate, likely don’t train them (because that’s also overhead costs) and suffer for years, all at the expense of ‘the cause’.

Here Dan shared the results of a Better Business Bureau study that asked people what they wanted to know about a charity before donating. 79% said they wanted to know the percentage of overhead. Only 6% wanted to know if the organization was making a difference. Donors are focusing on the wrong things and we’re perpetuating it.

The sector knows this and reacts accordingly. The funny thing about ‘overhead’ is that people define it differently. Some disguise solicitation materials as educational and therefore can keep it out of the administration budget line. Others separate expenses according to gap-accounting (as they should) but that often yields a higher overhead ratio.  So organizations start working their books to show as little overhead as possible. In fact, a study by the Center on Philanthropy at Indiana University surveyed 125,000 nonprofits (reporting at least $50k in annual revenue) – one the largest samplings (around 10% of organizations) found that 37% reported NO OVERHEAD.

The media, attorneys general, many donors and organizations have perpetuated this idea that overhead is bad, should be small, hidden, unseen, tucked away, etc.  Even the charity watchdog groups like Charity Navigator and others help perpetuate this notion that donors should ‘beware of overhead’ and saying that any group with an overhead of more than 20% is a bad charity.

According to Dan, what can we do? 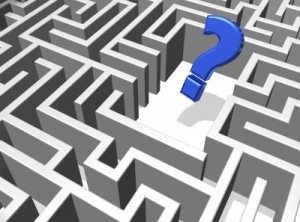 1. Stop using the word overhead – call them what they are “great people doing great things for the cause”

3. Build a magnificent assessment apparatus that focuses on the impact the organization is making, not solely what it’s spending to make it – Dan’s leading the charge towards a National Charity Defense Council that takes out ads showing people with a shirt that says “I am overhead” and helping spread the message to the public.

I know this post is already long, and I appreciate you reading. I’ll leave you with 3 main reactions.

1. The stats on the lack of progress on major humanitarian issues was a bit misleading as it didn’t account for global population growth – I’m curious how they’ve changed as a percentage of population.

2. I like that he’s challenging the norm and I’ll be doing my best to help spread this message. I’m going to start by having this conversation with my executive team, board and donors that ask me questions about overhead.

3. I’m not sure that donors will buy it and I’m not sure nonprofits are willing to have that conversation and risk loosing donors.  The media, AGs, watchdog groups and others have taken a long time to develop this stance and it won’t unravel overnight.

4. However, I’m going to start anyways. I’ll keep you posted on how it goes.

What do you think? Is Dan onto something? Will charity watchdogs, AGs and donors always focus on overhead?

Sharing makes the world go 'round.

5 thoughts on “I am overhead…”